As an agency we enrich the lives of humans who are sincere and base their efforts on truth and fact. We encourage research based on experience - we disclose the agenda of individuals seeking to discredit Ukutula with false accusations
Conservalion - facilitating volunteers and students for endangered species preservation
purpose
This website is primarily intended to motivate interest in volunteering at Ukutula Conservation Center and BioBank.

Secondly, our goal is to provide a balanced, rational, science-based education for anybody seeking to inform themselves regarding the crisis facing our wild animals over the next couple of decades. The discussion highlights the need for human interaction with animals, as well as the necessity of captive breeding programs. At the same time, alternatives to extinction are embraced.

EVIDENCE BASED DECISION MAKING
A phrase frequently used in the academic, scientific and government realms is “Evidence based decision making”. This theory embodies a systematic and rational approach to researching and analyzing available evidence in order to reach decisions and policy making processes. It allows people to make well informed decisions about policies, programs and projects by putting the best available evidence from research at the heart of decisions and implementation.

Evidence based decisions produce more effective policy decisions, and as a result, better outcomes for communities and volunteers - as well as in the instance of Ukutula, endangered species.

On the other hand, the opposite has the following effect:

When evidence is not used as a basis for decision making, or the evidence that is used is not an accurate reflection of the 'real' needs of the key population/s, the proposals for change are likely to produce ineffective outcomes and may even lead to negative implications for those they are seeking to benefit (US Based Urban Institute, 2003)

Why is this so important?

Ukutula receives international acclaim based on rejection of fact

During 2016 Ukutula received international acclaim, sadly not for its scientific research, Biobank, contributions toward education and the preservation of endangered species, but for a malicious and devious attack on the integrity of the Center by certain elements of the media.

Ukutula was featured prominently in the documentary Blood Lions. The purpose of the documentary was to identify and shut down all lion breeders. In order to accomplish this, it sought to link all breeders to the canned hunting industry. The devious nature of the inference and inclusion of Ukutula in this production has regrettably created doubts for some as to whether their support of Ukutula may be helping the canned lion industry. The internet and social media have in addition unleashed unashamed lies that now come up in Search Engines accusing Ukutula of such activities as hiring out cubs, commercially motivated human interaction with both infant and adult lions, as well as supplying lions for the canned hunting industry. In not one single instance is any proof provided for these accusations. Besides legal recrimination, these accusations are shameful in a world beset by a 6th global extinction. Instead of lauding and assisting the efforts of individuals and scientists who are working tirelessly to save endangered species, all these armchair critics strive for, is to be as destructive as they can using dishonest and devious conduct without providing any workable scientific alternatives. Ukutula has no choice but to now institute whatever legal remedies are available to stop these libellous attacks in their tracks. How sad that such unwelcome distraction is always at the expense of the very precious animals we strive so hard to preserve.

It is our sincere hope that the facts provided in this website will help every sincere volunteer, both past and present, to have conviction in the deep and profound value of volunteering at Ukutula Conservation Center (a full discussion can be found in our “question and answer” section).

Indeed, there are always two sides to every story. This is our side of the story. May this website both educate, as well as enable you to take a positive and evidence based stand as an ambassador in favour of the preservation research of the lion, cheetah and tiger species at Ukutula Conservation Center.

Some examples of the work being done at Ukutula 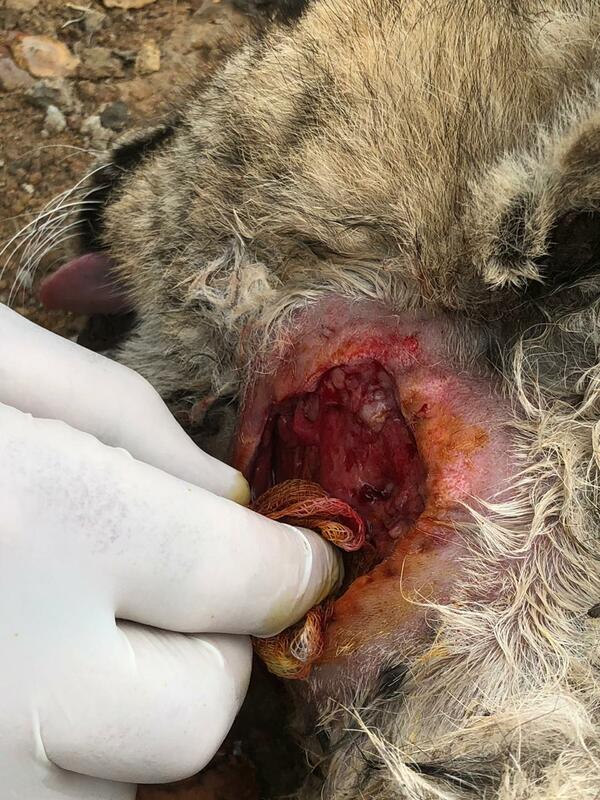 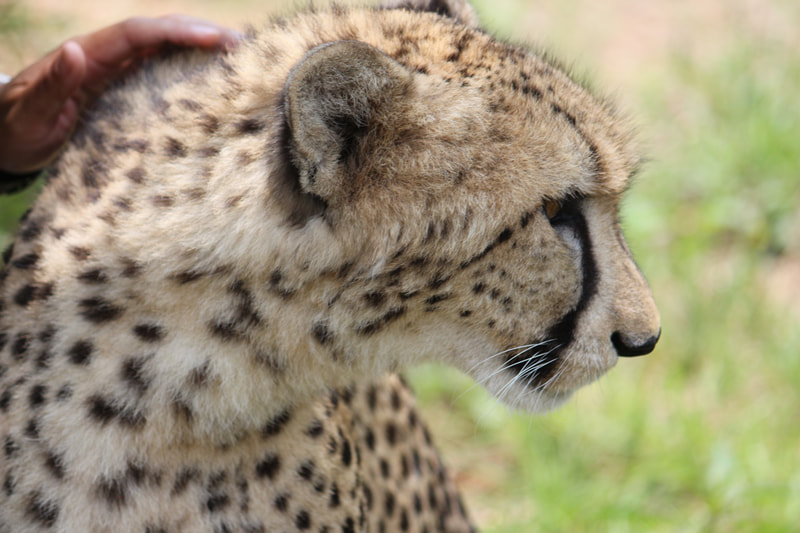 What we are seeing is a before and after photo of the same cheetah. The first photo is of treatment being given for a tick bite that had caused a serious infection. The depth of the infection can clearly be seen. In the wild this animal would not have survived. Thankfully this animal was one of the precious, loved animals at Ukutula and after treatment by the vet, the cat has healed beautifully. 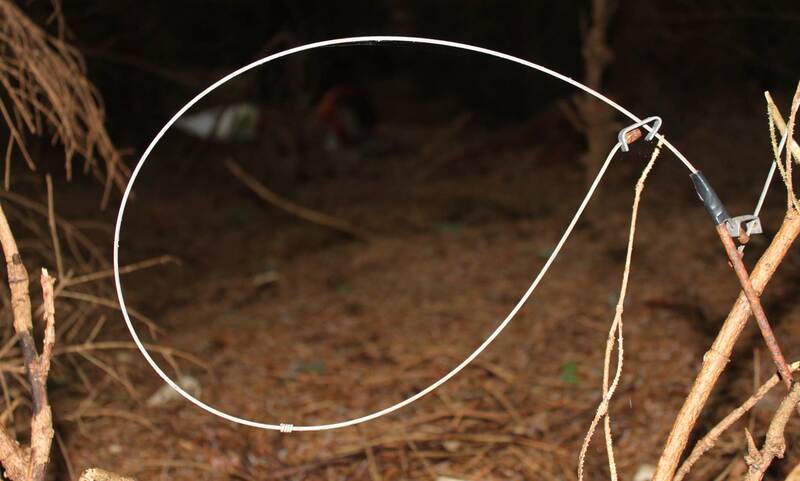 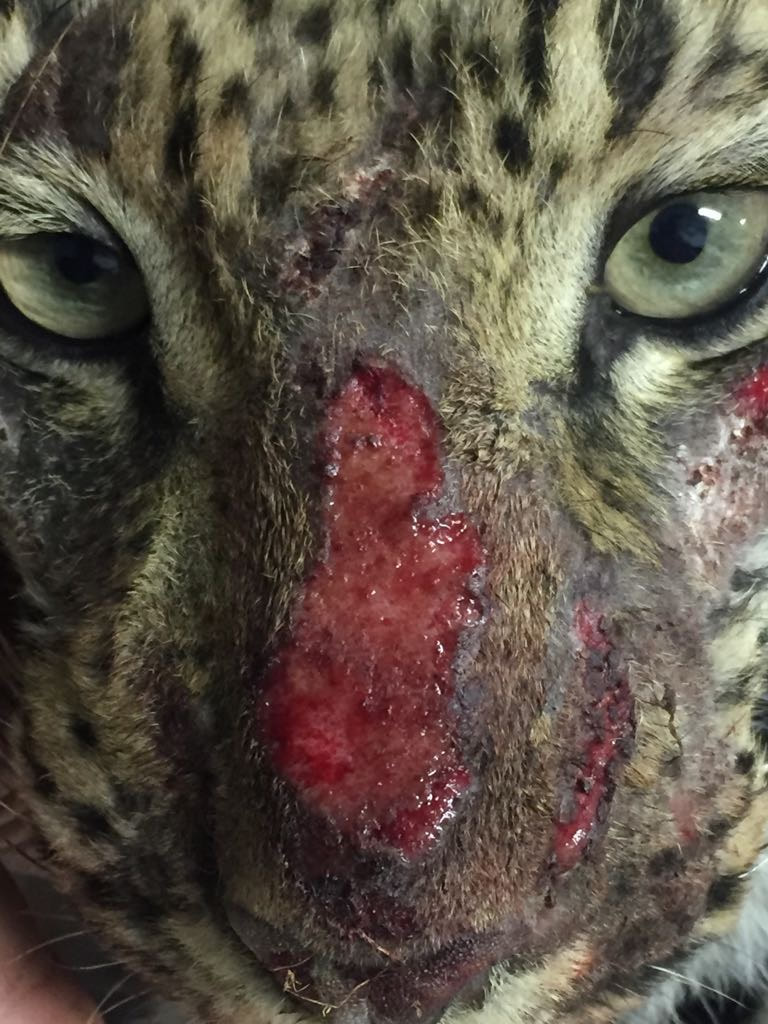 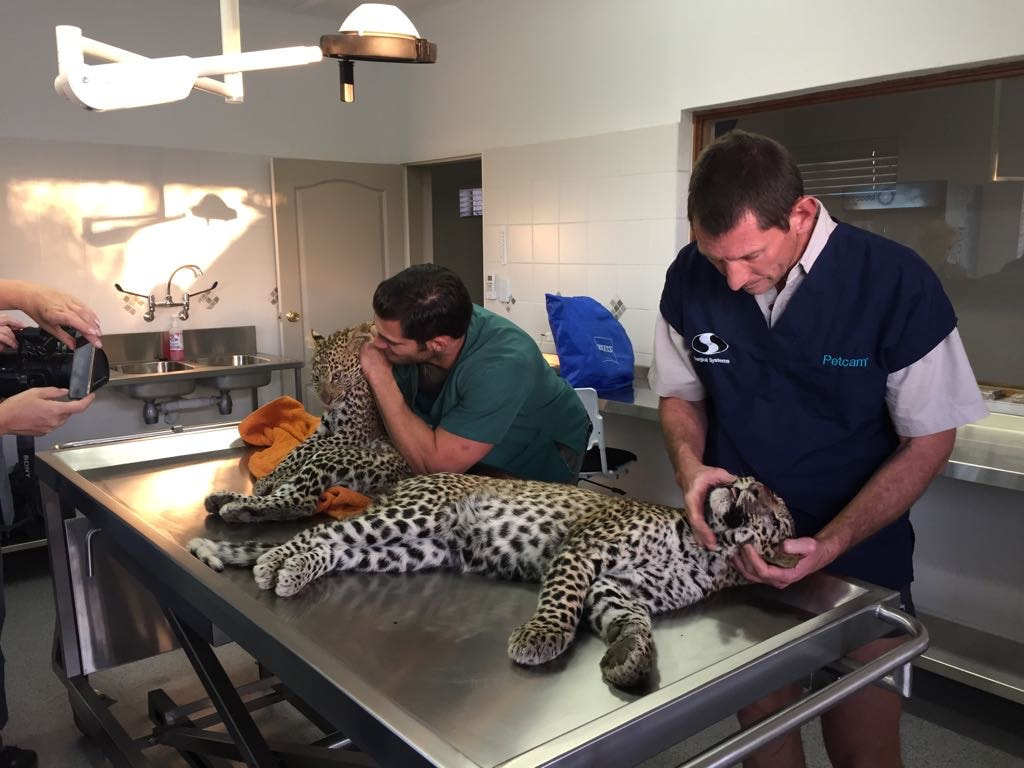 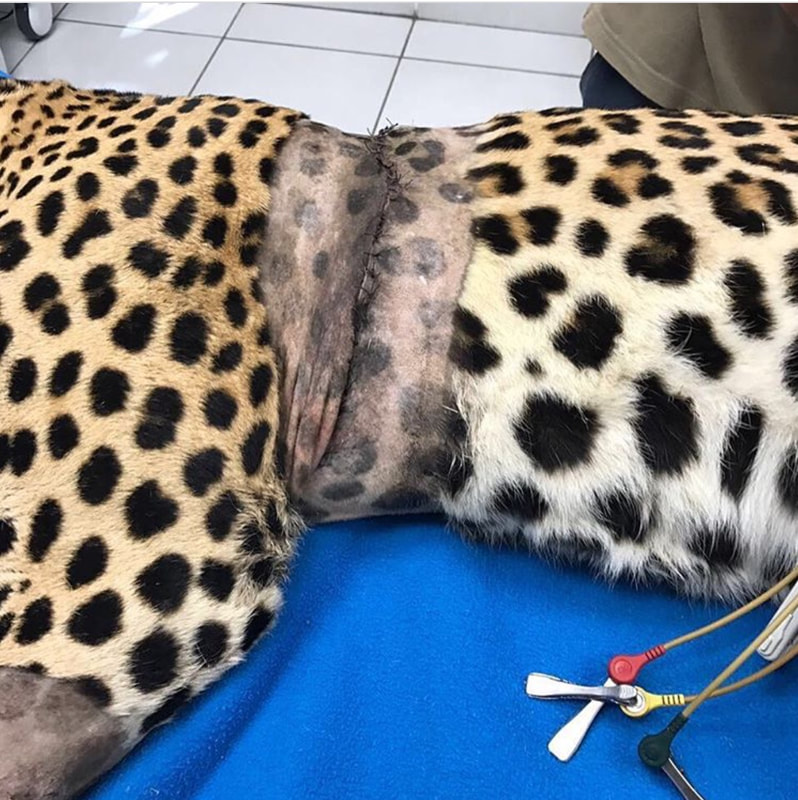 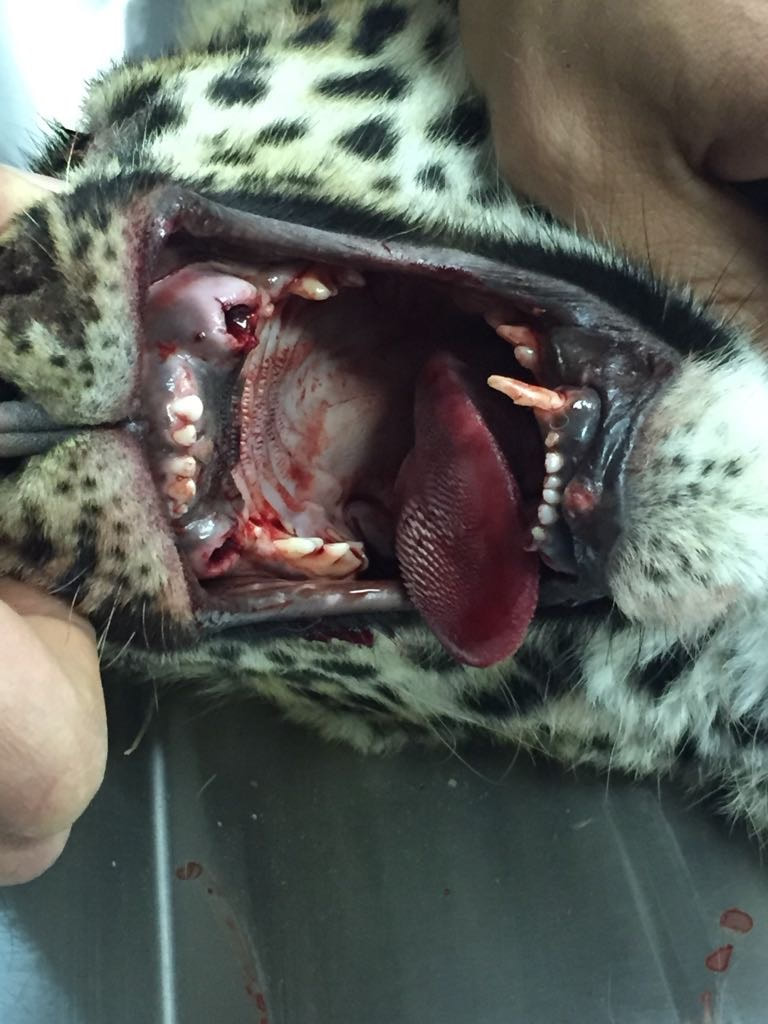 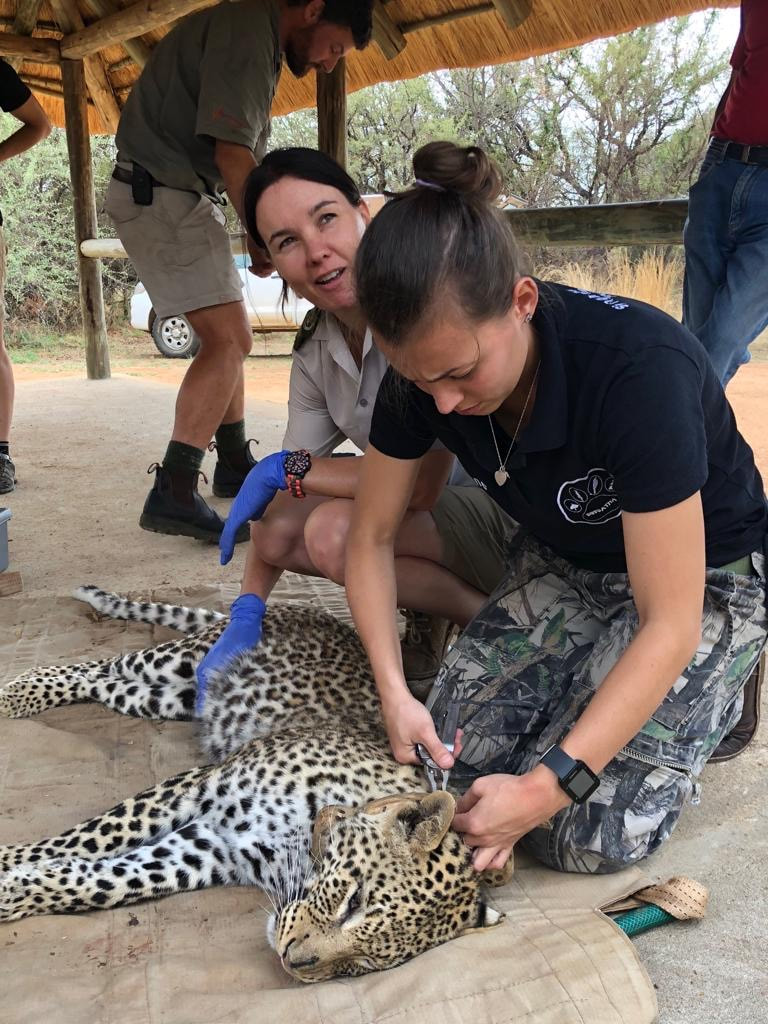 Again, an example of the efforts conducted by Ukutula Conservation Center to preserve endangered species. In this example the photo sequence shows a leopard that had been critically injured by a snare, now one of the most common threats to the existence of this magnificent cat. As humans encroach with their wild stock, the problem intensifies. The leopard was brought to the center by Nature Conservation officials and work was immediately begun to address the serious injuries. At the same time the teeth were examined and it was found that there was a tooth infection that could also have threatened the life of the leopard. The final photo showed the happy day when the fully recovered cat (after spending a year at Ukutula) was tagged, a GPS tracking monitor embedded and it was ready to be released into the wild again.

Our work includes educating those with a desire to know, such as our volunteers!

One of the things the education involves is lion observation study. During this experience, we sometimes are even delivered with proof that a wild lion will ALWAYS remain a wild lion and will always be able to survive in the wild, despite being raised in captivity. The next pictures are explanatory. Volunteers noticed that the pride had suddenly noticed something in the distance. As one they ran and the consequence can be seen in the photo! The antelope was quickly and mercifully taken care of with the neck broken. 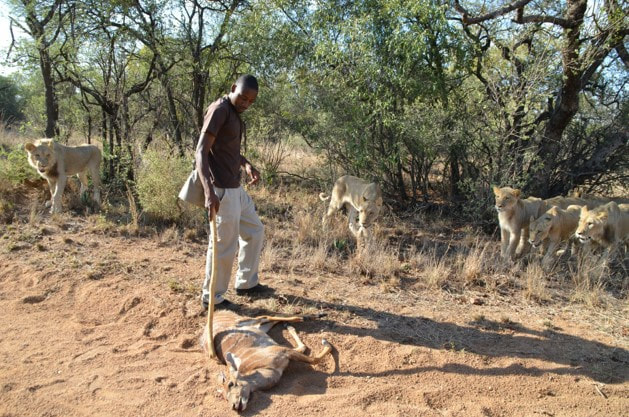 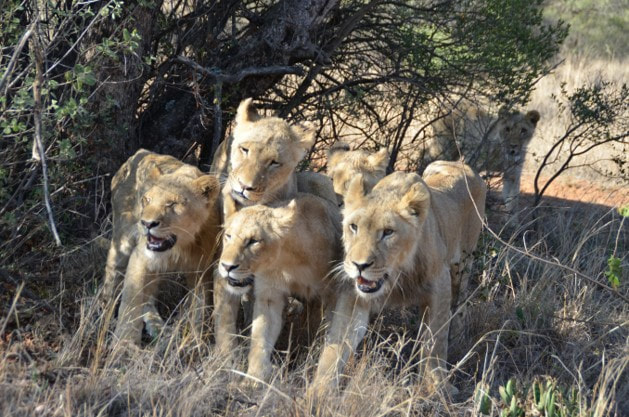 Volunteers contribute toward the enrichment of the lions, but also toward their own personal enrichment! We have learned something about lions - they love water! A web search delivers results such as the following from Reference.com: "Lions generally do not like water and avoid swimming unless it is necessary. Lions only enter water when they are hunting prey or when they must cross the water to get from one point to another."
Volunteers get to learn something about these an amazing cats that seems totally contrary to that in the public domain! 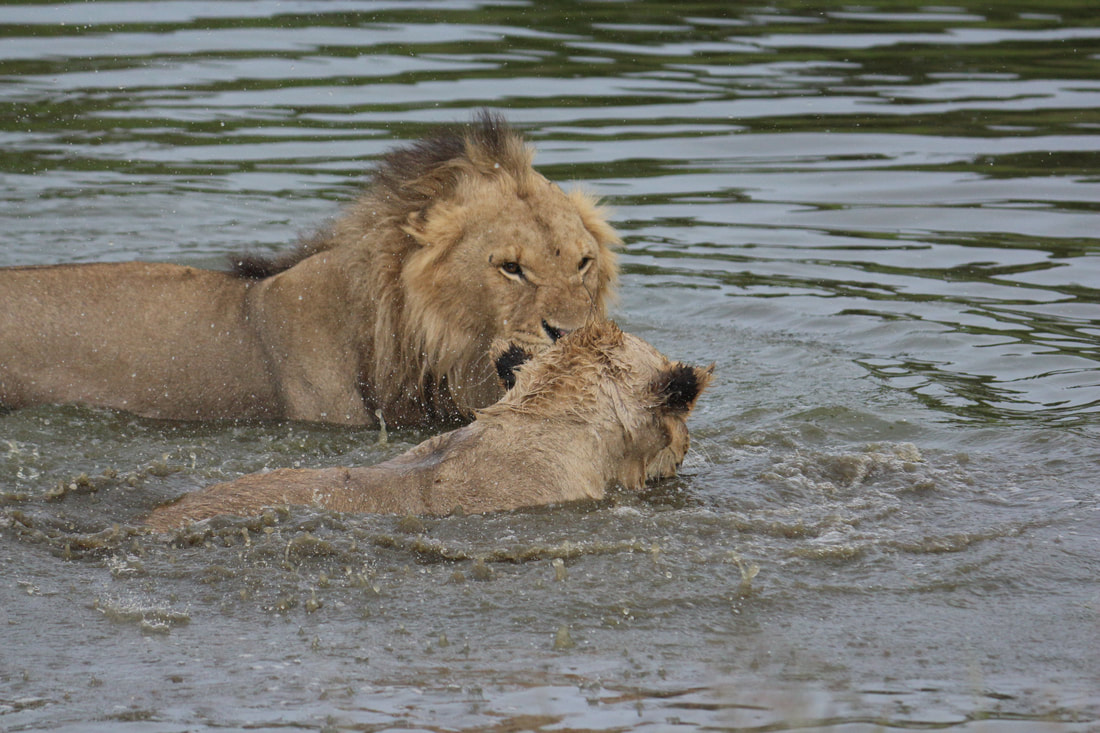 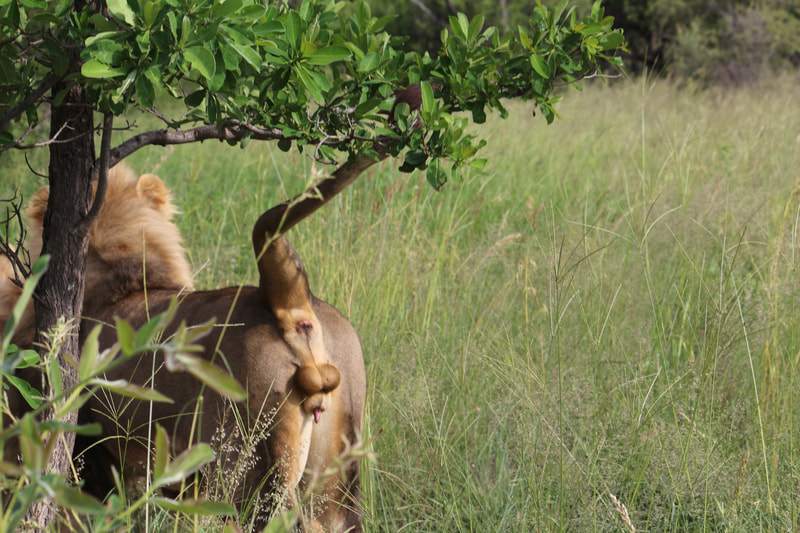 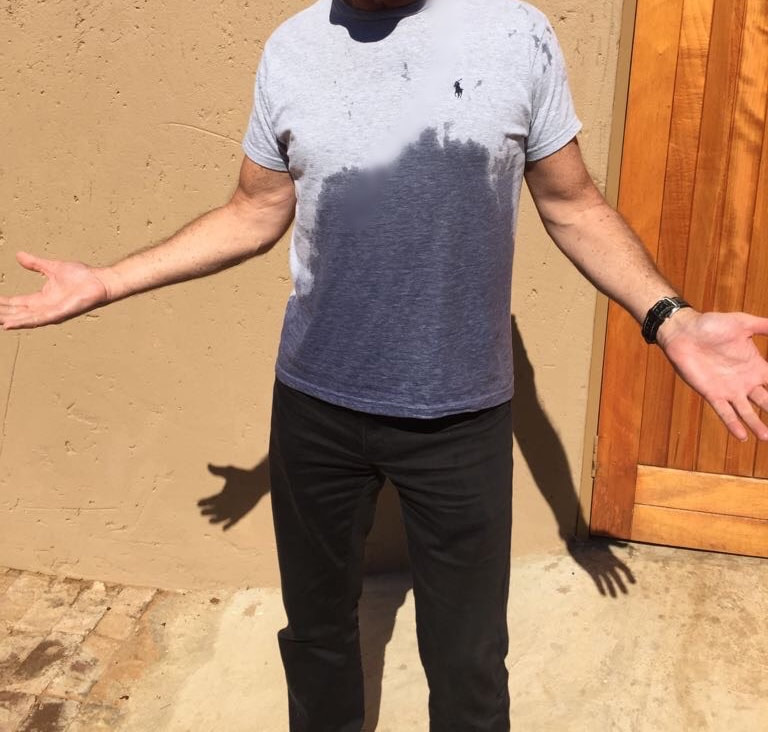 Volunteers learn that when they see the male lion lift his tail at a bush (which he does really often), to get out of the way! The results of failing to do so are evident in the next picture. The results can be like being on the wrong end of a garden hose! What is this urination all about? Lion males are extremely territorial and spraying is their way of marking their territory, both for the benefit of the pride, as well as other animals. Females are not known to mark in this way. Just another thing volunteers get to appreciate at Ukutula!

Ukutula has always been home to a great number of frogs (even white frogs!) In the interests of conservation, Ukutula has made available its laboratory and water resources to a local university to research the impact of a fungus that is sweeping the world and decimating frog populations. The fungus is called Batrachochytrium Dendrobatidis and results in an infectious disease named Chytridiomycosis which is fatal. The bad news is that the fungus is present in the frogs at Ukutula. Now begins the race to establish a means to eliminate this fungus. Ukutula is doing everything it can to support the efforts of these researchers. 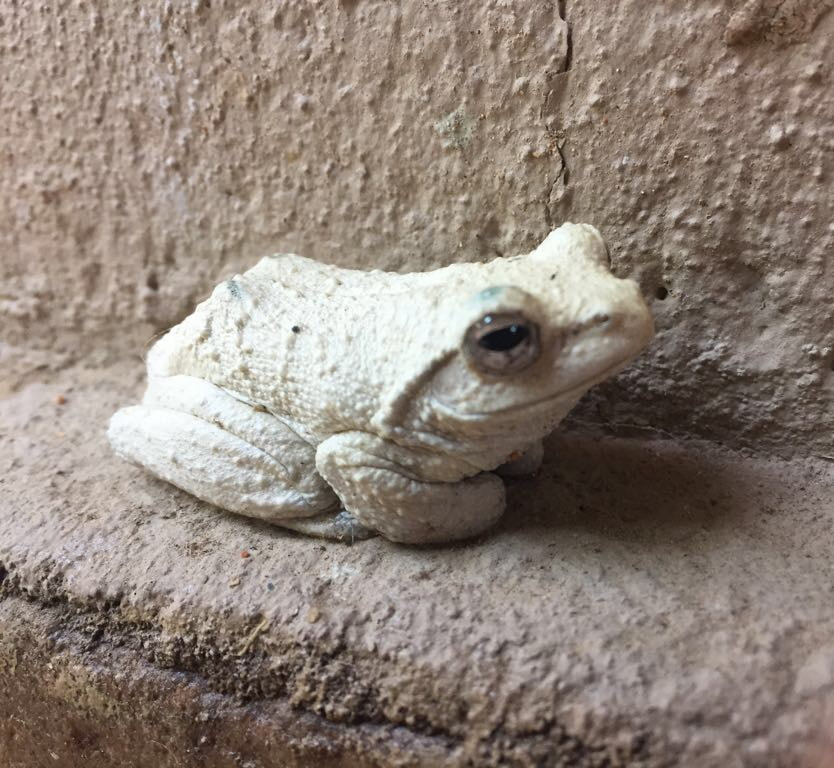 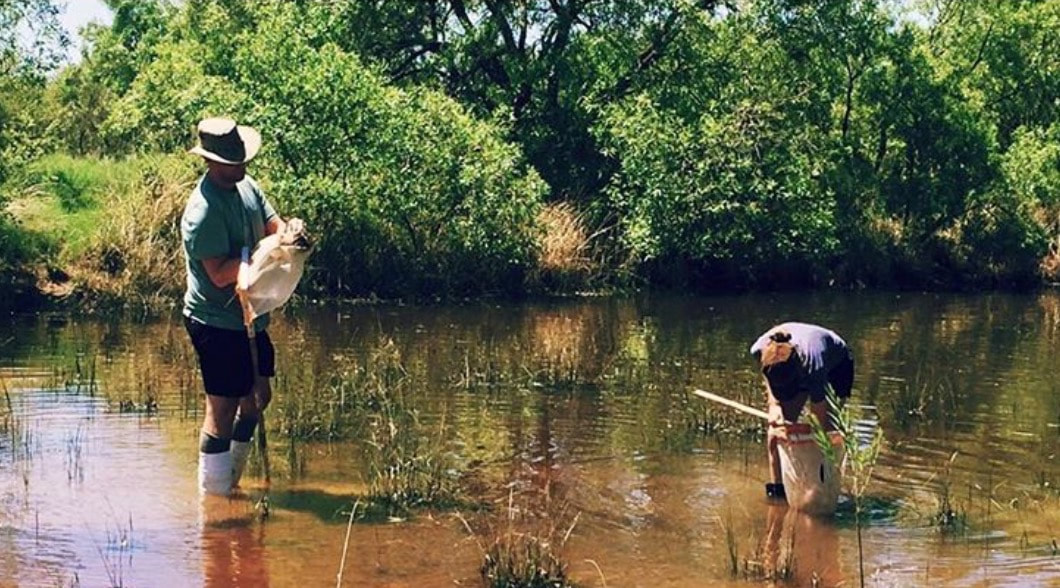