Ukutula Logo celebrates the oldest lion to survive at Ukutula until the age of 20
Ukutula Conservation Center is situated in the municipal area of Brits, North West Province, South Africa and is exclusively focused on the conservation of endangered and other animals.

Visit Ukutula Conservation Centre by clicking on this image
The Center is situated on 260 hectares of unspoiled bush with abundant bird life. It has been said that 130 different bird species can be found in this area. The distance between Ukutula and the International airport in Johannesburg is about 72 miles (116 km). 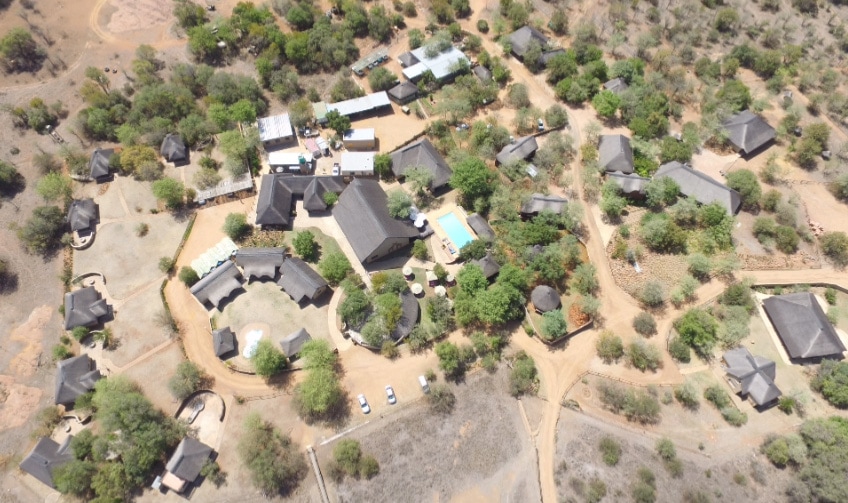 Aerial view of the Ukutula Education and Conservation Center
Roaming free are giraffe, jackal, crocodile, warthog, monkeys and many types of antelope, including kudu, impala, nyala, blesbok, waterbuck, steenbok, eland, gemsbok, and wildebeest. Believe it or not, many of these animals are also becoming rare - especially those with recessive genes. You will learn a great deal about these animals and preservation efforts while you volunteer. But more than that, you will actually contribute personally!

A consciousness in terms of environmentally friendly practices is also evident. Just one small example is the material used for the enclosures built for research - these are built with reed materials that blend with the environment, rather than the use of artificial materials.

Ukutula is at the forefront of international conservation efforts as the new BioBank and cryo-laboratory demonstrate. Such efforts, as well as all past activities come at great financial cost. Just how are these impressive efforts funded?

Donations alone would never suffice. No, it is the efforts of volunteers primarily and, secondly, tourism that keep conservation and science vibrant and alive at Ukutula. 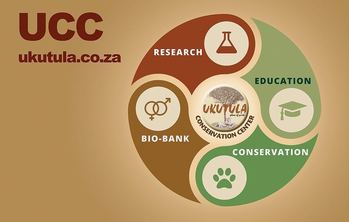 Each aspect enhances the other

As a privately owned entity, Ukutula Conservation Center has practised targeted crisis management in some ways perhaps not always tangibly seen or felt. The owners are passionate about animals and people. The same fervent passion that has laid the basis for a decade of continued innovation in pursuit of big cat conservation is being applied to the people that work at Ukutula.

​Not readily known is the fact that South Africa is plagued by a very high unemployment rate, officially running at almost 26%. According to the International Labour Organization (ILO), this unemployment rate is the 8th highest in the world with little hope of improvement for the next five years. Most worrisome is the youth unemployment rate at 52.5%!

Expanding on its philosophy and social conscience, Ukutula has employed a staff of over 70 individuals from the surrounding area that has a very high unemployment rate. This employment is providing support to many families, but most importantly, it is reducing the potential that people in desperation may engage in practices that could impact endangered wild animals. ​ 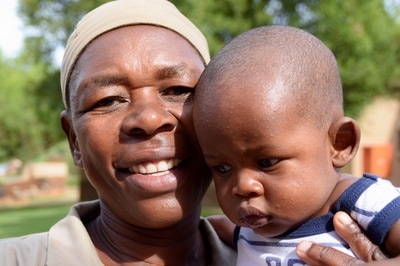 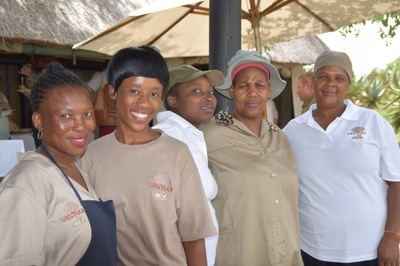 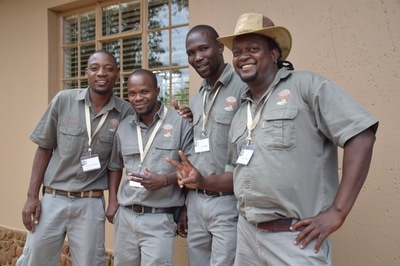 Ukutula has another passion - education. It is fervently believed that education MUST start with the youth. The philosophy is that only when the young are educated about the preciousness of animals, can such practices as poaching, cruelty, killing for "medicinal purposes", as well as unsustainable land practices and their impact on wild animals and the environment be ended.
​
The education strategy includes sponsoring a local elementary school that is attended mostly by disadvantaged children. These children are regularly invited to Ukutula for workshops which have been a real pleasure for all involved! Not to be excluded are students from the neighbouring schools who spend time at Ukutula in custom built accommodation where they are given special education sessions and training. 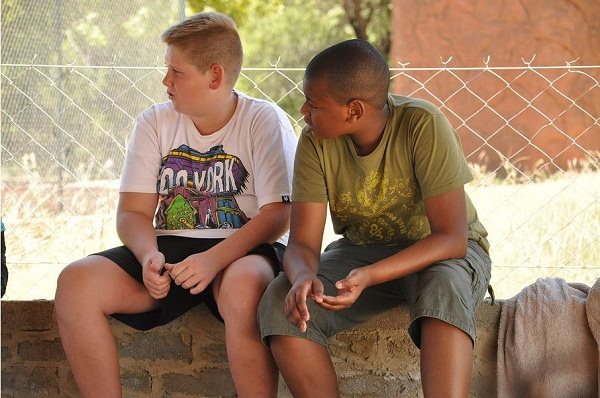 Ukutula educates the young to preserve their precious wildlife heritage